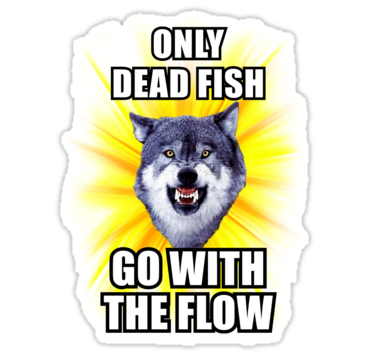 I ran a workshop at Last Conference this year. I liked this activity as did many people there, so am sharing it here. In the spirit of ship early, ship often; here are some rough notes I used to plan and run the session.

Perhaps you can try some of these ideas out (and report back!) Maybe run it as some sort of retrospective activity?

Intro
Theory about how we should work is all good and readily accessible, but do we have the courage to drive change? To be the ones that stick out.

I think about the Nash Equilibrium and how it is rarely to our short term benefit to be the person who challenges the status quo, or the way we do things around here.

Probably the people that have come to this conference are highly engaged, and leaders in their teams and workplaces. So maybe targeting courage as a thing to build on is not the sweet spot.

This workshop should aim to give the participants a tool or some ideas that they can take back and use to help others be courageous and successful.

The secret to a good presentation is get the audience to do the talking #lastconf pic.twitter.com/AvmQhCptxI
— craig brown (@brown_note) July 11, 2014

Method
We will break into groups and work in three rounds. I will brief you in on each round at it's beginning. Some of this will be a mystery until the right moment.


Round 2: Pairs, bundle up into groups of 4-6
Round 3: Each group again merges with the group next to it
Ideas at play
I think the session was well received. The tweet I did as people got talking got loads of retweets, and I got several thanks in person and via twitter. My favorite bit of feedback was this tweet. (Paul did a similar one but this is the nice hand drawn version.)

@brown_note here are my notes from the session if anyone's interested pic.twitter.com/ae0XXviRDI
— Luke Meehan (@lukasm) July 11, 2014