Google Wave and the BA, part 2 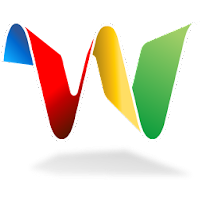 If you haven't yet checked out part 1 of this series, please do so now.  We're in the middle of a discussion about potential Google Wave use cases.  Here's the second:

If you have played around with Wave, you are likely wondering what version of the application I'm using because you haven't seen anything like that in time time you've spent with it. Yes, you are correct, little of what I have described can actually be done in Wave today. I implore you to give it time; they will get there. Google is trying to do something radical here, and the more radical it is, the more difficult to see it in its early stages. If the pull it off, and they are Google after all so there is little doubt that they will fail because any technical lack, it will change the way you work and play.

So what could break it? What could cause it all to fall apart? Here are a few of what I am calling 'stop signs' which could keep this wonderful world of wave from ever becoming more than vaporware:


I've presented in this post a view of what I think Wave will look like in the not so distant future. I could be wrong, but I believe that I am not too far off the mark. Don't believe me? Think about all I've said, and then take a look at some of the recent Wave developments I've linked to below, then tell me if you still feel the same way.