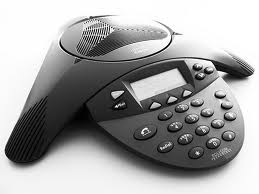 Here is a cool teleconference technique I want to share;

The problem
Lots of people on a conference and nobody interacting. As the facilitator you want people to participate and you know that there is lots of good insight and opportunity in the group, but you struggle to pull it out into the collaborative space.

A simple technique
Break people up into small groups who collaborate on Communicator in the background. Have them share back to the main group (maybe via a spokesperson) in the main phone conference.

An example
Our team has tried this a few times now and each time the feedback from participants is that it works well (compared to the way things were.) From our perspective it also yields good useable insights that we can take away from the meeting and inject into our program.

We spent several minutes briefing people in on the objectives of the session and the approach, emphasising that it was an experiment. We assume this positioning helped open people up to exploring and trying the technique with an open mind.  We also broke people into groups of 3 with no particular social engineering agenda at play, but happy with the diversity in teams that our randomness generated.

We got each small team to fire up a Communicate group with their two team mates and confirm on the phone that they were ‘live.’

We then briefed them on the goal and approach again – there will be a 5 minute iteration (we could have run multiple iterations for more complex problems) and then a spokes person will share back the key points of the discussion.

The phone bridge then went onto mute while the teams worked. I opened up the phones again a minute before the end of the working time and called in the last 60, 30, 10 seconds.

We then went around each group and collected key points and discussed across the group.  At this stage most people in the meeting were sufficiently engaged and warmed up to participate. (This example had about 22 people all up.)

We captured the key messages and ideas and collated them in a MS Word doc which we distributed after the meeting. An improvement on this aspect could be to use Google Docs as your collaborative document tool as you go in the room.

Some feedback we have had
Overall it works and is an improvement on the normal leaders tell/passive audience teleconference meeting form.  Short cycles works because it keeps people focused.  Also longer cycles would be better because it allows more time to get to know each other when you haven’t worked closely before.

Why this works
Large groups don’t feel like a place you can open up in. Phone conferences add another dimension to this as you don’t know who is on the line.  People don’t feel safe speaking out and prefer to stay in the status quo of “passive audience member.”

By breaking the large group up into smaller groups people can more easily interact as individuals and make a fuller contribution.  The further away the interaction method is from face to face the smaller you need to make the groups. But don't go below 3 otherwise you lose some of the magic of collaboration.
Posted by Craig Brown