Who does confidentiality benefit? 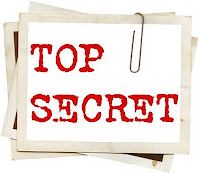 It makes sense when you work in a competitive industry to keep secrets. Even if they’re badly kept secrets.

When I worked in the telco industry there was sufficient churn of staff across the different Australian players that it was unlikely any company didn’t know what the others were up to.

And that’s before you get advertising agencies, IT vendors, outsourced sales companies and the like involved.

Of course everyone keeps confidential in their context, but once people change companies, they take their personal knowledge with them. So the real competitive advantages (beyond people) lay in a flexible infrastructure that could take new products to market quickly and keeping you people engaged enough to not jump across to the competition. Arguably that’s another type of infrastructure.

It’s a matter of course that when you sign on you sign up to some rules. You agree to conditions around use of the internet and to keep anything that’s marked confidential, secret or ‘in confidence’ hush.

Anyway, most of the work I have been doing in the last few years has been for government.  So competitive secrets aren't really a factor.  And government generally says it wants to be transparent, right?
Confidentiality...
Here’s the thing; Imagine if government projects were front to back transparent. If I were looking for a cross platform ticketing system for Melbourne City for example, I could publish my goals, requirements and so on to the world and potentially another government somewhere in the world has faced the same challenge. They could share what they know.

Suppliers would be more open and accountable for the products they build, could invest more into maturing system quality and functionality because more customers will use the better end of the product spectrum. Poor products would disappear quicker.

Wouldn’t that be awesome?
Posted by Craig Brown